The writing unit of Chinese character or sinogram is the line. In Chinese writing, there are eight basic strokes: 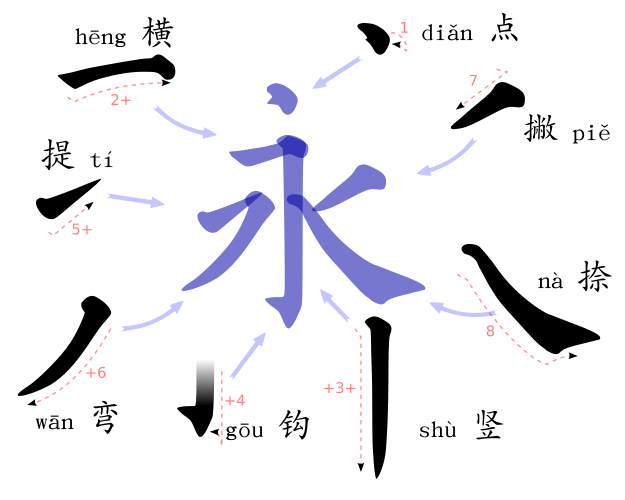 These eight simple strokes can have many variants, 29 in all, the so-called "compound stroke". But it is not a good idea to learn them too early. You just need to know that these eight basic strokes may vary.

When learning to write a Chinese character, it is imperative to respect the stroke order, that is to say the proper order and correct direction in writing strokes.

We learn to write Chinese characters on simple sheets like printer paper. A ballpoint pen is quite suitable for practice. We practice on grids provided for this purpose. The website chine-culture.com offers a tool for generating writing grids to practice with. In this online Chinese course you can download and print handwriting practice grids of each lesson.

The writing grids for this lesson and the example of filled out writing grid provided can be downloaded in the writing lesson of this sequence.